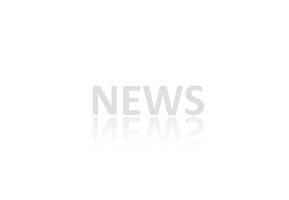 The Kingdom of Saudi Arabia has achieved considerable development in its IT sector during the past decade through robust government policies. According to the UN E- Government Development index (EGDI), Saudi Arabia ranked 43rd in 2020 by having overall EGDI of 0.7991 points. (Denmark is the highest in this index with EGDI points 0.9758) It also ranked at 66th of E- Government participation index of having 0.7143 points.

Saudi Arabia embarked on an ambitious Vision 2030 programme, which sets out a plan of action intended to transform the social, economic and political situation in the Kingdom. Paralleled to the Vision 2030 programme, the National Transformation Program was launched to achieve governmental operational excellence by leveraging digital transformation, enabling the private sector and developing economic partnerships, and promoting social development. The Kingdom has worked on developing a five-year strategy within three action plans.

This first plan enabled everyone by the end of 2010 to obtain government services at a distinguished level from anywhere and at any time in an integrated, easy, and safe electronic means.

The second plan allowed everyone to use effective government services in a safe, integrated, and easy way through multiple electronic channels

The third plan, the current strategy, seeks to realize a smart government. The Kingdom improved the quality of digital services provided to beneficiaries by partnering with the private sector to provide fiber-optic network coverage to more than 3.5 million homes across the Kingdom, increasing internet traffic during the pandemic by 30%, doubling the internet traffic through the Saudi Arabian Internet Exchange (SAIX), increasing the internet speed from 9Mbps in 2017 to 109 Mbps in 2020. The Kingdom provided 100% of households with basic telecommunication services, covering over 576,000 homes in remote areas with broadband services.

Saudi Arabia was named the "Top Digital Riser" among the G20 nations due to the comprehensive government support for digital transformation.